A Cassava farm is planned to help fund the LLTW project as well as providing income and food for the residents of Lighthouse Village. 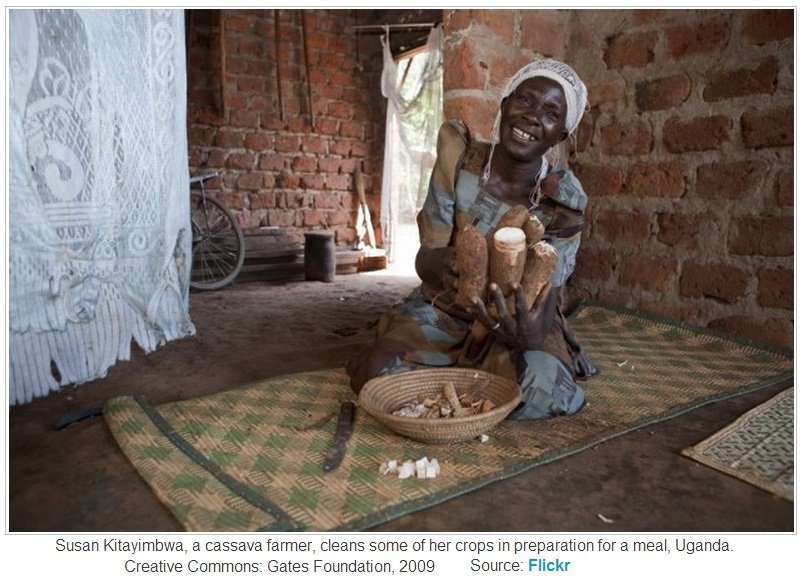 Do you know what Cassava is? Cassava is the second most important food crop in Liberia. Cassava is a perennial shrub grown mostly for its tuberous root. The leaves are also edible and similar to collard greens with a stronger flavor. The roots contain starch and other nutrients but are also a good source of protein. Cassava can play an important role for small farmers. The plant is very hardy and does well in harsh conditions and poor soil. It is very cheap to grow and produces high yields.

Cassava, also called yuca (not yucca, which is a different plant) is usually left in the ground until ready for cooking or processing into a more durable form. This starchy vegetable has nearly twice the calories as potatoes. Raw cassava contains 328 cal per cup. It is a gluten free staple which has some protein, more than potatoes, yams or plantains. However, it does not provide complete protein for a balanced diet. 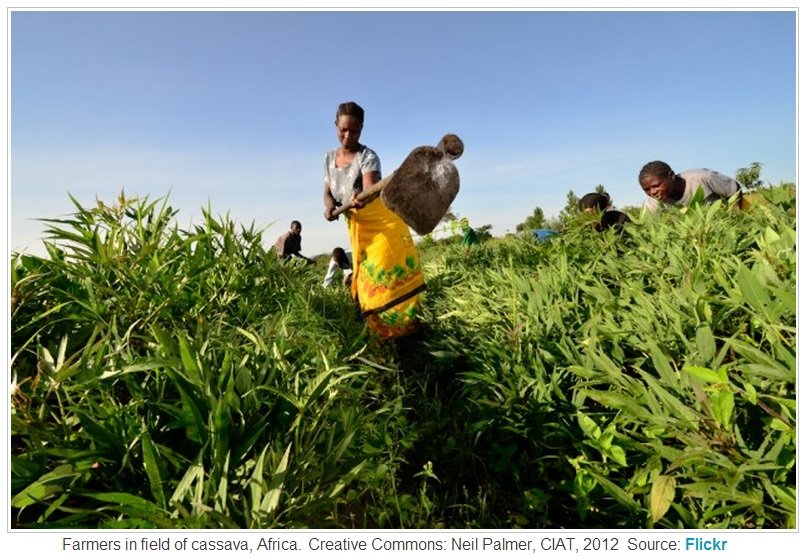 Soon after harvesting, the cassava root is boiled or made into farina (also known as gari), tapioca starch, fufu, or dumboy. The leaves are often mixed with other vegetables if available, such as okra or beans and then boiled.

Cassava leaves must be boiled and never eaten raw. Boiling reduces the amount of natural toxins such as cyanide to non-toxic levels. No part of the cassava plant should ever be eaten raw. Bitter varieties contain more cyanide than sweet varieties.

Much work is being done with biofortification and coming up with better agricultural and processing methods to increase nutrient quality and reduce toxins. The Bill and Melinda Gates Foundation has supported a global effort to develop cassava with enhanced nutrients. This is vitally important because cassava is a staple food source and source for animal feed in most of the developing countries in the world. In societies where the diet is critically lacking in protein ingestion of underprocessed cassava can result in poisoning.

For sweet cassava, peeling the roots or tubers (the part of a plant that stores energy and plays a role in asexual reproduction, and in the case of the cassava is also the root) and boiling them eliminates toxicity. With the bitter varieties, grating or finely chopping, the number of soaking in water will allow fermentation to occur. Drying and boiling will further detoxify the tubers. Tapioca starch is used as a thickening agent and is non-toxic. Tapioca makes delicious puddings. Cassava flour is obtained from dried chips which are pounded or ground. 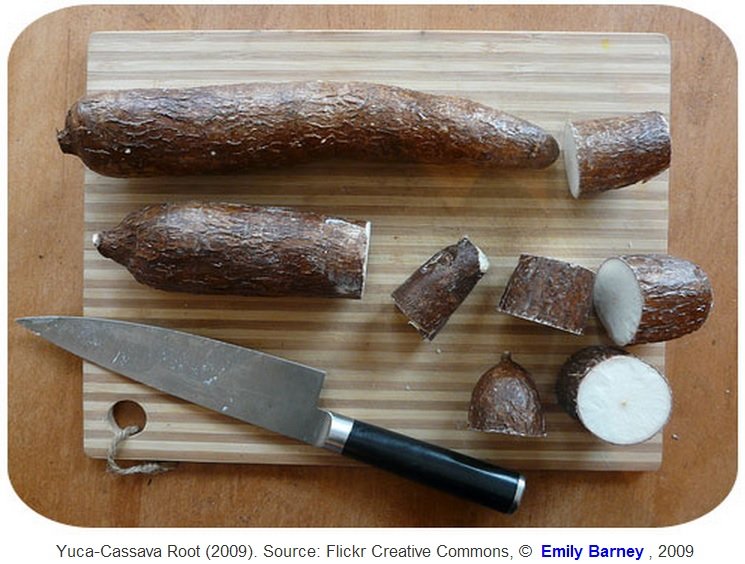 Fufu is made from boiling and pounding the processed starchy cassava. Pounded into a dough-like consistency, the fufu is eaten by taking a small ball of it between the fingers and dipping it into soup or sauce. Dumboy is a traditional mash. The tuber is peeled, washed, cut into chunks and boiled in lightly salted water. This is drained and mashed some more, then transferred to a mortar and pestal. The mash is repeatedly ground until the perfect consistency is achieved, taking about 25 minutes.

Fried cassava is peeled, washed, boiled in lightly salted water. Then it is drained and cut into slender pieces. Fried in cooking oil until golden, then drained off on paper and sprinkled with salt.

Cassava flour has unlimited uses for cooking and baking. There are many recipes available for cassava breads, cakes, rolls and more. Recipes can be found for many types of soups and salads, biscuits and pastas.

Cassava is the second most important food crop in Liberia and having a cassava farm at Lighthouse Village will be a valuable resource for agrictural education, food and extra income.